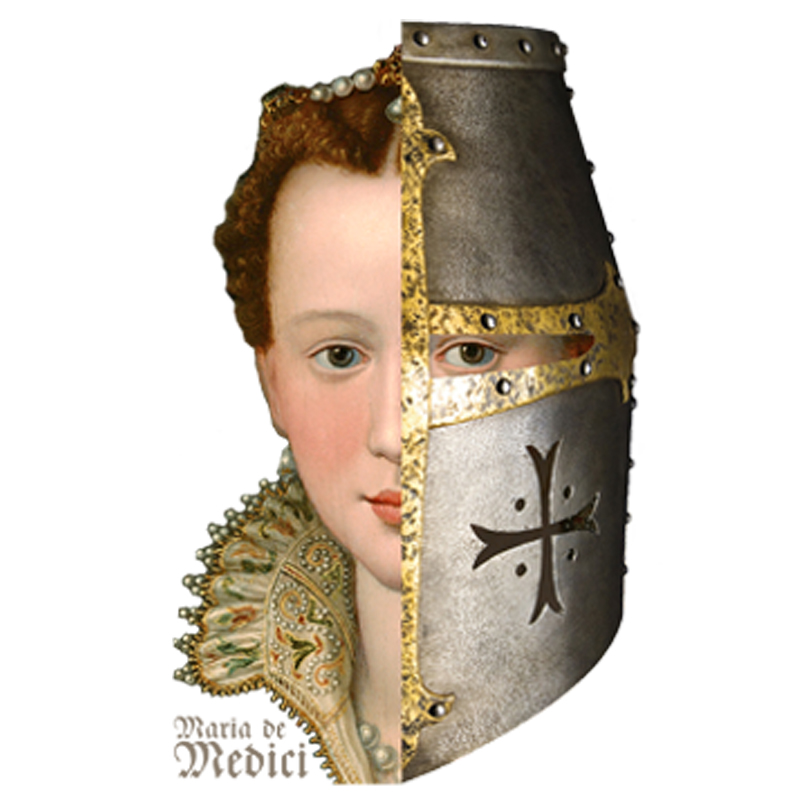 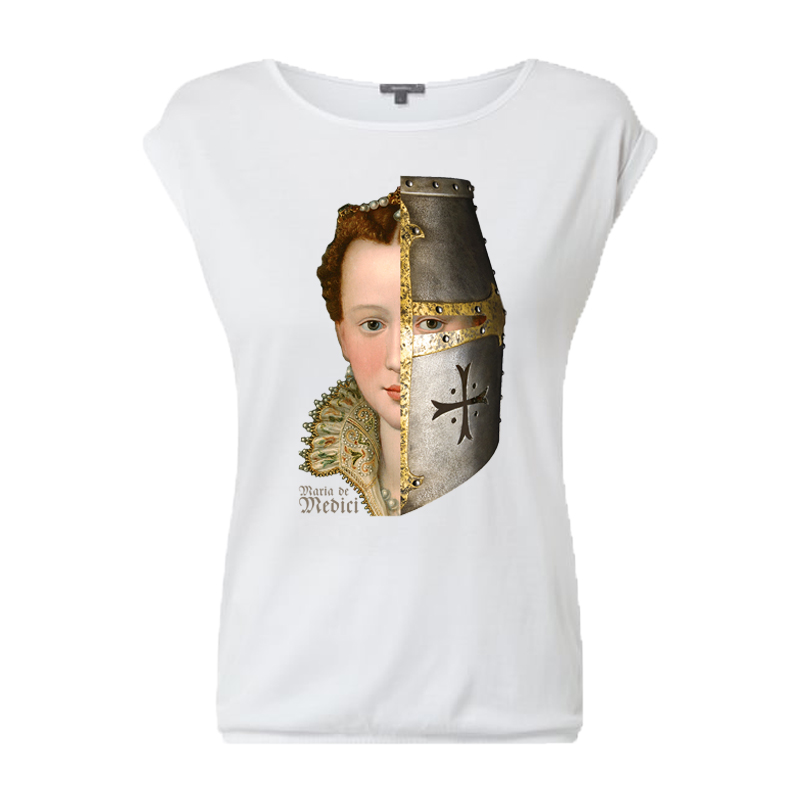 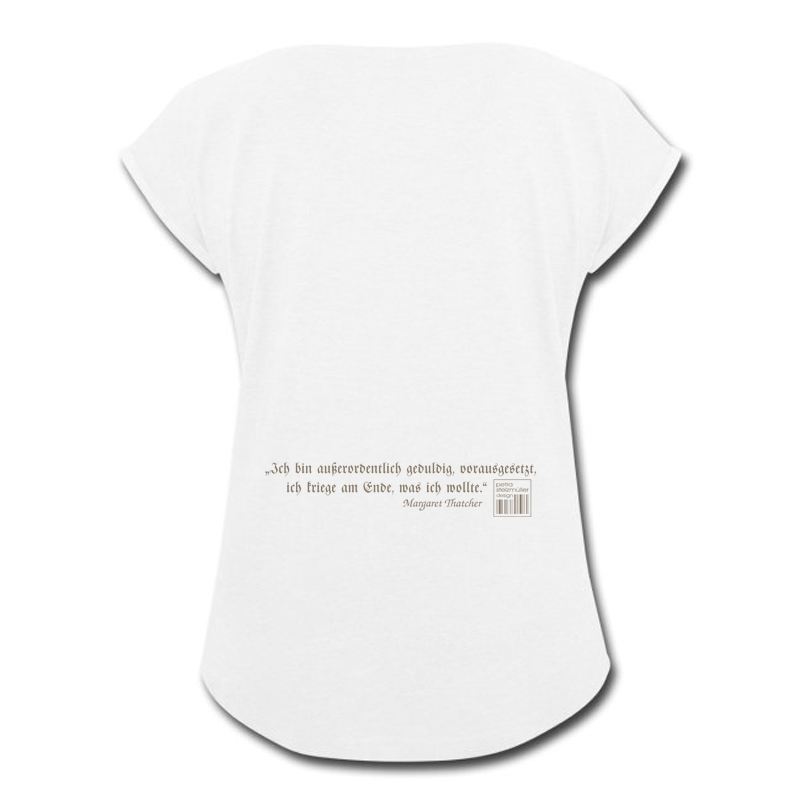 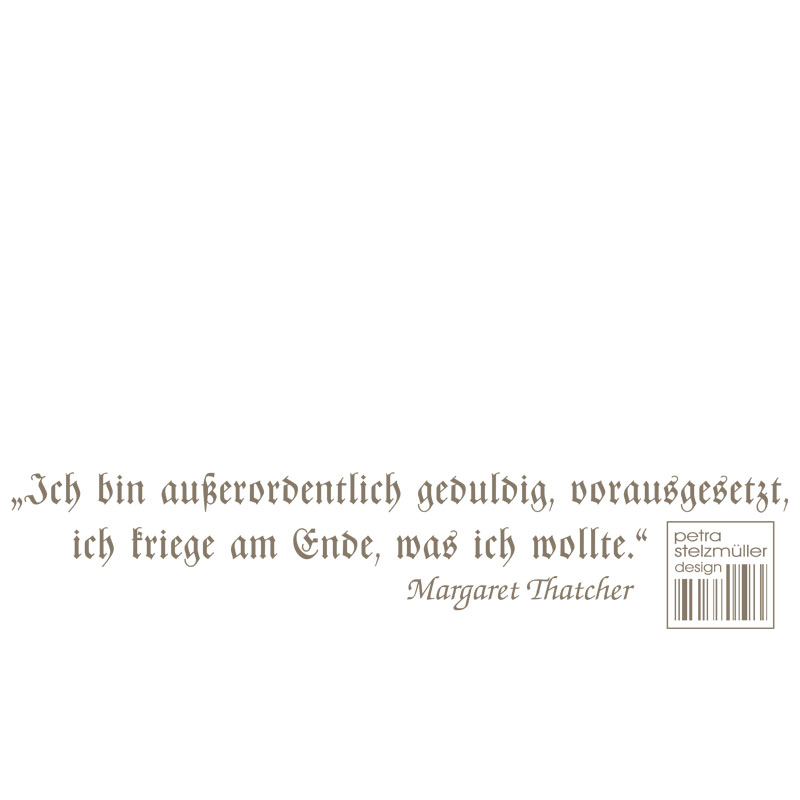 “I am extraordinarily patient, provided I get my own way in the end.”

This statement by the “Iron Lady” Margaret Thatcher motivated the Upper Austrian designer Petra Stelzmüller to create a unique statement T-shirt. The shirt was intended as a counterpoint to the rather “male-dominated” exhibition at the KHM entitled “IRON MEN”.

The biased viewer, who rather expected a fighter behind the visor, experiences a surprise. Not a “man” but a “woman” is looking at the viewer. The collage shows half the visor of a helmet, behind which the young, beautiful Maria de Medici appears. The regent associated with Austria had to fight many a “battle” during her lifetime and could certainly have done with a visor.

Today, in the 21st century, it has become even more important to be able to prove yourself as a woman in every way. Whether at work, at home or in everyday life. A woman needs a „thick skin“, a protective layer or even a figurative visor to protect herself from various male irritations.

The IRON WOMAN power shirt stands for women who act self-confidently in life, fight for their independence, equality and success with assertiveness, while also showing style and humour.